Fiona came to see me for talking therapy in the depths of despair. She had contacted me in the wake of a two-month period of feeling the lowest she had ever remembered feeling. She was still suffering from the most significant bereavement she had yet to experience: No wonder she had struggled to get out of bed for many mornings, and no wonder she felt physical pains in her chest as she cried. This is what grief, in its acutest form, can do to us. But she hadn’t lost her partner or a parent, nor even a much-loved pet. She had, what her GP had described, lost ‘a bag of cells’. But I knew that her truth was far from this blunt description: She had lost a much-loved child-to-be. 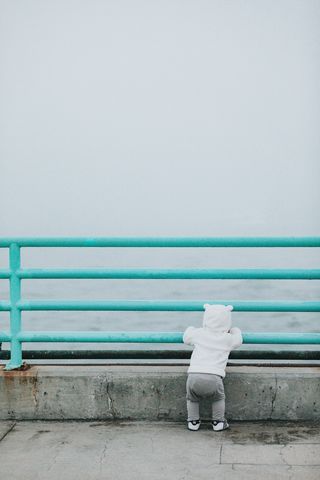 Miscarriage is far from uncommon, yet it persists as a woefully misunderstood, barely considered reproductive experience. It is undeniably a female one and generally happens in a medical and cultural arena that has long minimized — or ignored — female pain and suffering, especially a woman’s own descriptions of both. But it also happens to men, too, and to other family members who were invested in a pregnancy that was cut too short.

Fiona had been pregnant for less than two weeks before cramps and bleeding sent her to her GP for advice. In fact, as she told me in specific terms when we first met, she had been pregnant for 12 days, 8 hours: long enough for her and her partner to run wild with their long-held dreams to become parents. They had tried to conceive for the best part of a year, with each month of bleeding becoming, over time, a mini-bereavement in itself. The dash of combined hope each time her period arrived had grown to be increasingly saturated with hopelessness.

Fiona could still remember the excitement that she and her partner felt when her pregnancy test read positive – ‘We’d struck gold!’ They didn’t even have to think new thoughts about their baby-to-be, as these thoughts had been formed, played with, and then put at bay over and again for weeks, and months. They knew what they might call the baby if it was a girl, what estate agent they would call to put their home on the market, and even what primary school they would want to live near. During her brief pregnancy, the couple had even began saving money for a buggy and discussed having a doula for the birth. Their future family was unfolding in nuanced detail, infused with parental love.

Fiona’s early miscarriage was early, and it joined the estimated one in four pregnancies that end this way. In the UK, miscarriage is defined as the loss of pregnancy up until the 24th week (in the US and Australia this is 4 weeks later), although it more commonly happens before 12 weeks. But as my work with Fiona proves, in my experience of working with women after pregnancy loss, there is no direct correlation between the gestation of the baby and the depth of grief that can be unleashed.

Fiona came to see me because her grief was real, yet very few people could concede this without a person that they could mentally locate, who had breathed on earth and then died. But Fiona’s ‘child in mind’ was real for us both and it is exactly this that many more of us need to take heed of.